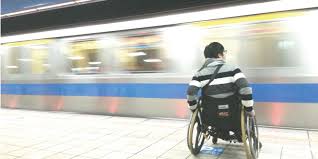 Ukraine is experiencing internal displacement for the first time since its independence as a result of the illegal annexation of Crimea and subsequent political developments on the peninsula, as well as the conflict in its Eastern two oblasts of Donetsk and Luhansk. As of early May 2016, the Ministry of Social Policy had registered more than 1,5 million IDPs. Displaced persons have moved in larger concentrations to the regions abutting the eastern conflict zone, majority of them are present in Vinnitsa, Zaporizhya, Dnipropetrovsk, Kirovograd, Kharkiv regions, Donetsk /Luhansk regions (territories under control of Government of Ukraine), while many have also reached EU countries.

The HRF conducted the first unprecedented survey study (donor – Abilis Foundation, 2015) and compiled information on and needs of IDPDs, based on interviews to 250 IDPDs in four regions. It is worth noting that many persons with disabilities are challenged to move long distances and often remain in the country of conflict, while others move out of the country. In this regard, the study findings were important to understand the reality of marginalized group in the conflict situation. The study found out that IDPDs are isolated from each other and that lack of information is one of the biggest challenges in their lives as of today. Combined with the Soviet legacy in which persons with disabilities were isolated from mainstream society, except for deaf and blind persons who work at specific factories, IDPDs face with multiple challenges in realizing their rights under the circumstance. The study concludes that the situation of persons with disabilities was deteriorated at the studied sites due to the internal displacement. Please download the Monitoring survey here: http://uhrf.org/download/12.pdf.

Soviet Union allowed only deaf and blind associations to be established. Thus the overall civil society culture among persons with disabilities is relatively new and fragile. As IDPDs have been largely not represented in the discussion of displacement, discriminative status quo against IDPDs has been reinforced or worsened. The aforementioned study identified a number of urgent challenges for the IDPDs including lack of access to assistive devices and health care, absence of assistance in daily life, and lack of accommodation. Even 20% of the studied 250 IDPDs never received any assistance after displacement, while more than 60% of them were not informed of their rights. Particularly the situation was acute for deaf and blind citizens who had not been provided information in appropriate and accessible forms, according to the study. Among the findings, the most acute needs of the IDPDs were expressed to be lack of employment opportunities, despite of their ability to work. The study report continues that in Ukraine, disability is still considered as family issues that they take care of. Hence IDPDs approach first families, relative and civil society organizations rather than state institutions. In this very regard, the role of civil society is big to the lives of IDPDs in Ukraine today.

As is often the case, voices of persons with disabilities are hardly heard in the discourse of displacement in Ukraine. This is partly because existing DPOs are scattered and their capacity is weak in implementing effective advocacy work to address the issues of IDPDs nationally for relevant policy making and internationally for making existing efforts inclusive of marginalized population such as persons with disabilities. Furthermore individual IDPDs lack capacity in engaging with society being unemployed and isolated.